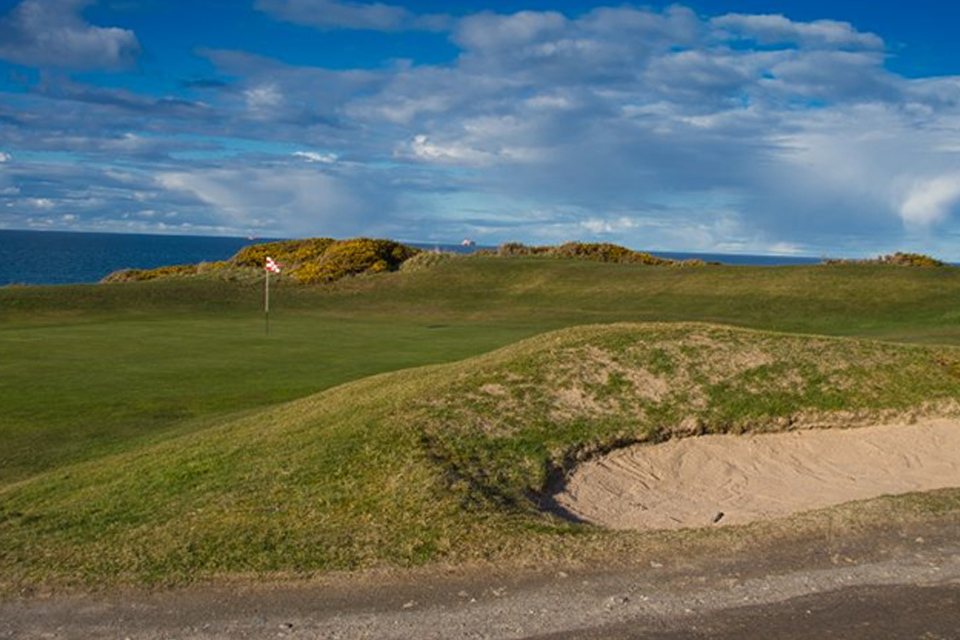 Hopeman Golf Club overlooks the Moray Firth and was originally a nine holer before being to extended to 18 holes in 1985. Most fairways are guarded by gorse and broom meaning a wayward tee shot can result in a nasty lie.

Additional bunkers have been constructed at three holes with new tees at a further four. The 12th, a par three with views of the Moray Firth and a green nestling in the Clashach Cove 100 feet below the tee, is a favourite of former Open champion Paul Lawrie.