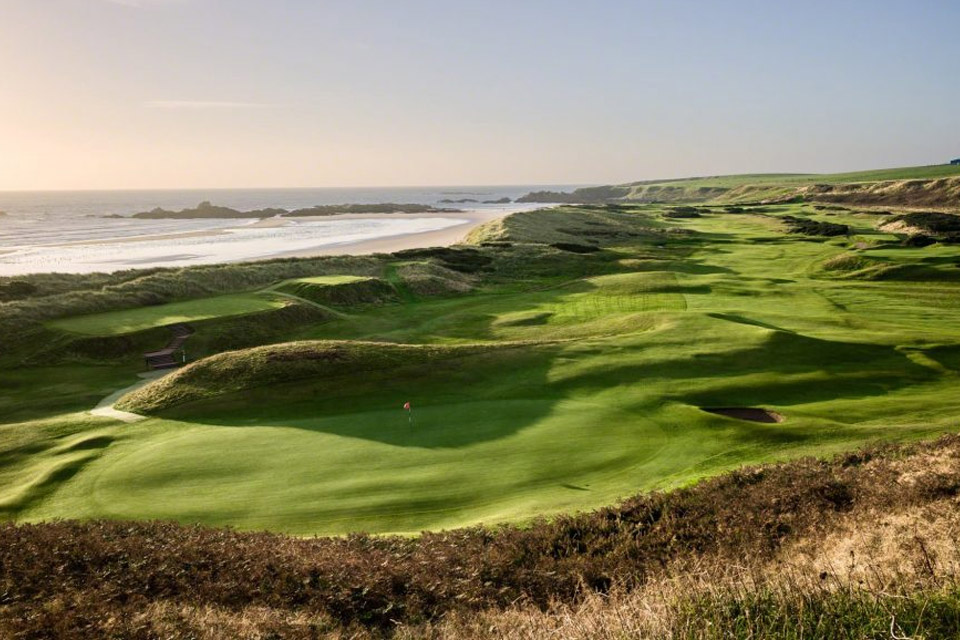 Rightly considered inside the top-10 of Scotlands best courses, the championship course at Royal Dornoch is a majestic links that was originally laid out in 1891 by the legendary Old Tom Morris

The Castle Stuart Golf Course is at the heart of the highlands offering classic links golf that is beautifully complemented by spectacular views overlooking a truly breath-taking coastal landscape.

One of the finest and respected championship links courses in Scotland. Nairn is capable of testing the most gifted of players. It has hosted a number of high-profile national tournaments including the Scottish Amateur Championships and the Walker Cup in 1999

Established in 1899 the course offers an internationally famous golfing experience – old fashioned links golf at its best – on one of the best links courses in Scotland. Originally designed by Tom Morris of St Andrews and Archie Simpson in 1899 and re-designed in the 1920’s by Tom Simpson and Herbert Fowler

The eagerly-anticipated Trump International Golf Links opened in July 2012 to an enormous fanfare and rightly so. The first golf development constructed in Europe by billionaire Donald Trump, the course near Balmedie in Aberdeenshire is nothing short of spectacular and seems destined to host high-profile golf tournaments before too long.

Established in 1909 to the design of Archie Simpson, with later refinements made by the celebrated course designer James Braid, Murcar is indeed a championship links of some notoriety and in the finest of Scottish traditions.

Only 10 minutes from St. Andrews. With its true links turf, contoured rolling fairways and majestic vistas of the sea this course is already considered to be a classic. The sea plays an integral role in the course design and the sandy dunes also feature prominently in enhancing the course landscape.

At first glance Dumbarnie Links may have the appearance of the style of the classic links courses where The Open Championship has been played since 1860.
However, the extensive 345-acre site at Dumbarnie is particularly special. Its dual elevations, which are connected by a flowing escarpment, have provided the opportunity to create a number of elevated tees where holes play directly towards panoramic views of the expansive Firth of Forth.

Arrive in Inverness, Scotland and greeted at the airport by your personal driver/host for your trip.

Travel to your accommodation in Inverness where you will be staying at either the Kinsgmill or Ness Walk Hotel for 3 x nights.

Get ready to play at Royal Dornoch GC.

Play at The Nairn

Play at Murcar & then depart South along the East Coast to St.Andrews where we have a choice of fine hotels for your last 3 x nights in St.Andrews such as the Old Course, Fairmount or Rusacks Hotels.

Depart for Airport in Edinburgh or Glasgow

make an enquiry
Scroll To Top